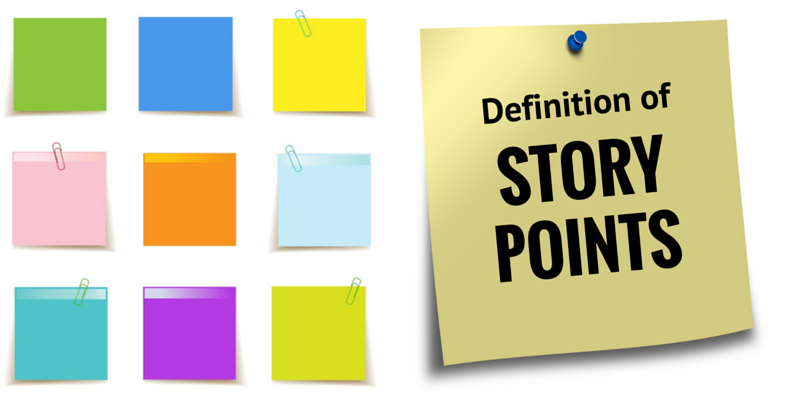 The definition of story points is not obvious.

Many scrum teams use story points in their daily job, because they are better for estimations than hourly estimations for many reasons.

But it is not clear how a story point is defined.

If you ask google, then you get a couple of different definitions.

Actually, I recently attended a conference in Amsterdam, the LeaseWeb Techsummit, and there I was listening to a talk from one of my coworkers, Arnoud.

The title of the talk was Scaling our engineering department, in which he talks about the agile transformation of our company LeaseWeb.

I really liked the talk and you should definitely check it out.

But there was one thing, which made me thinking – he specifies story points as a number based on the complexity of a user story.

I had a nice discussion with him and also other scrum masters afterwards.

But in the end it was not completely clear, how a story point is defined. That’s what triggered me to write this post.

I found two descriptions on the Internet, which I want to discuss here.

In simple terms its a number that tells the team how hard the story is. Hard could be related to complexity, unknowns and effort.

So there they talk about complexity, uncertainty and effort.

And here the second description from Mike Cohn:

Story points are about the effort required to develop a feature.

Mike only talks about effort.

Let’s have a detailed look at the first, then the second description.

I want to discuss these three properties in more details.

Story points are NOT about complexity.

To make that clear, let me reuse a wonderful example, which Mike pointed out in one of his older posts. Think of a difficult task, like a brain surgery and a simple task, like licking and putting 1000 stamps on letters.

Both of them take the same amount of time. In case you don’t think so, you can adjust the number of stamps to put on the letters.

Therefore story points do not have anything to do with complexity.

We use story points for estimations of the size of a task.

If we exactly know how big a task is, then we would not have to estimate it.

Or let me rephrase that: If there is no uncertainty in the size of a task, an estimation would not be necessary.

Therefore it is obvious, that estimations contain uncertainty by its nature. But story points do not.

If you think about complexity, then most of a time a complex task takes longer to finish compared to a simple task.

Therefore more complex tasks usually have higher amount of story points. But this is not because of the complexity itself, but about the higher effort.

On my opinion you can actually derive the effort from complexity.

And the same also goes for uncertainty: you can derive the effort from uncertainty.

But at the end it all points down to one thing: story points are about effort and only effort.

There is one more important thing:

When you estimate a task then you should estimate it relatively to a previously estimated task.

For instance, when you estimate a new task then you might think: “Hmm, that’s a bit less effort than the reference task. And, the last time we called the reference task 5 points, so this task is only 3 points.”

The key with story points is that they are to be estimated relatively each time.

Let me wrap it up:

So, story points are all about the effort.

Feel free to adjust your estimate of effort based on things like uncertainty, complexity, risk, etc.

But in the end story points are only about the effort involved to finish a task!

Let me know what questions you get about the definition of a story point. And let me also know in a comment how you answered those questions.

That’s it for today, take care and HabbediEhre!