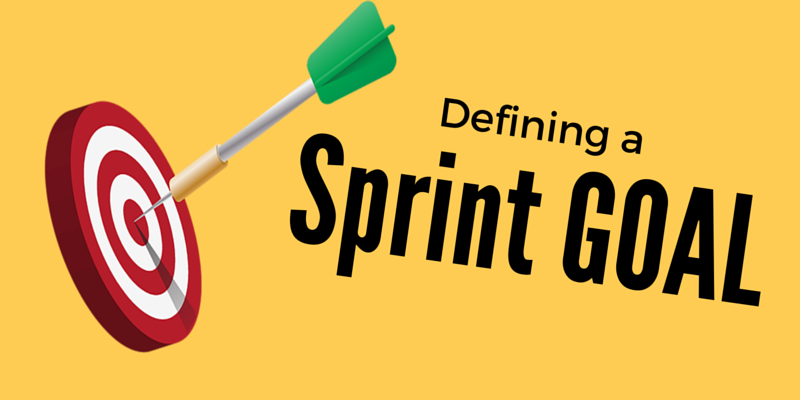 Do you define a sprint goal during planning meeting?

Do you struggle to make the sprint?

Does your team have problems to finish the tasks, which were planned for the sprint?

Are there some team members, who worked on tasks outside of the sprint, because there was no more task in the To-do list? And meanwhile some other team members were not able to finish their tasks, which were planned for the sprint?

Then your team does not have the right focus.

The team probably acts like a task is owned by a person instead by the team.

You want to be predictable

Stakeholders expect from the team, that they deliver what and when they promised to deliver.

If the team does not keep up with their promise to deliver features in time, then the team looks very unprofessional.

And of course, we don’t want that. We want great teams!

Fortunately, there are more important and less important tasks in the sprint. Some of the tasks have to be done to keep up with the promise you made and deliver the functionality.

Some other tasks are not so important and can be easily postponed to the next sprint. Not delivering those tasks does not have an impact on the expectations from stakeholders.

So there is kind of a priority of tasks within a sprint. Some of the tasks just have to be delivered. Some other should be delivered, but in case the team is not able to finish all of the tasks, it is better to leave those tasks behind and pick them up in the next sprint.

The sprint goal describes what you wanna achieve in the sprint. It describes a state in which you want your system to be after the sprint is completed.

For example, the sprint goal of my team in the previous sprint was: “Having a Chef cookbook to automatically provision a machine for IPAM API in Live Replica“.

Let me explain, what that means: IPAM API (IP address management) is the product we are currently working on. And Live Replica is the name of one of our test environments.

Chef is a tool to manage your infrastructure in code. This means, you can write code – so called cookbooks – to define, in which state you want to be your machine in. With state I mean the software you want to have installed, firewall rules, environment variables, etc.

Anyway, the goal was to create a cookbook, which prepares all necessary components to install our application automatically in the test environment.

By the way: we achieved our goal 🙂

The sprint goal is defined from the team during sprint planning.

It is important that you set a goal, which is possible to achieve. It does not make sense to define a target, which you already know the team is not able to accomplish. Everybody in the team has to commit to it, it is a team decision.

When you define the sprint goal, then be specific, so there is no doubt what exactly needs to be in place in order to achieve the goal.

When you have defined your sprint goal, write it down on a sticky note with big red letters and make it visible. It should catch the attention of the team members and remind them about the goal.

This makes sure it is clear and obvious for everybody in the team, what the team wants to accomplish in the current sprint. This will help that everybody is aligned and the team works together with the right focus.

In my team we put the sticky note with the sprint goal on the scrum board. Every day in the morning at 9:30 we get together in front of the scrum board for the daily scrum. There we quickly update each other about what everybody did yesterday and is planning for today to achieve the sprint goal.

This helps us to keep the focus and work together towards the defined goal.

We also mark the tasks, which have to be finished in order to achieve the sprint goal. We actually just put a thick red frame around those printed cards to emphasize the importance over other tasks. So this helps to make it obvious to the team, which tasks have higher priority.

A great side effect of defining a sprint goal is that it facilitates the collaboration within the team.

If one member is done with her tasks and there is no more task in the To-Do list, then instead of adding another task to the sprint, she will ask other team members whether they need help.

And that’s actually exactly what we want.

I noticed that some teams have the mentality that tasks are owned by certain team members. The one who picks up the task owns it. The attitude in the team is like: if he is not able to finish his task in time, then it is his fault.

But the attitude should be: if we were not able to finish that task, then it is our fault!

If you have a defined a sprint goal, then this facilitates the team collaboration within the team and members help each other and work together to achieve that goal.

Ok, to finalize this post, let me tell you that I am convinced that having a defined sprint goal keeps the team focused and facilitates team collaboration.

So, if you don’t define sprint goals yet, give it a shot. It probably will not change the attitude of the team in just 1 sprint, but try it for 5 sprints and then I am quite sure you will notice a difference.

That’s it for today. Let me know if you think a sprint goal might be a good idea and you will try it. And if so, I am very curious about your experience to introduce a goal for each sprint.

So have a great day and HabbediEhre!